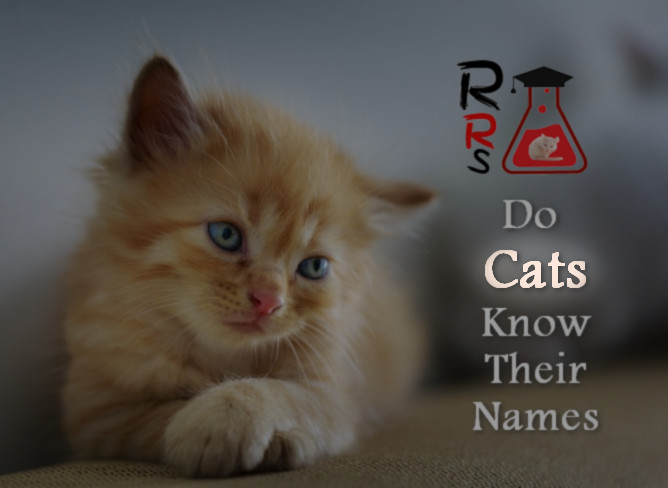 Biochemistry
5 April، 201919 April، 2019 admin 0 Comments do cats know their names, do cats recognize their family, how do you teach a cat its name

Cats can recognize their own names

do cats know their names ??! yeah, according to research published in Scientific Reports in April 2019; the scientists showed that the domestic cats can recognize their own names and distinguish them from the other words.

As we know the dogs took much attention in their response and reaction with human talk and behavior, but now the scientists begin to give attention to cats through the current study which confirmed that the domestic cats have the ability to discriminate between people voices plus their response to the different human facial expressions and human body langue.

So, can cat recognize its own name?

A psychologist called (Atsuko Saito) said that many cat owners think that the cats know their names and the name of their food, but till now, there is no scientific confirmation for these hypotheses.

So, Dr. Saito and her teamwork focused on this question to find a scientific answer for it, by asking a sample of cat owners to say 4 names (with the same length) then follow it by the right name of the cat, and they found that:

Saito also added that  the most interesting finding of their study is that the cats in the cafe respond to their name and to the names of other cats which live in the same place; because many people visit the cafe and the names of the cats maybe frequently called together, so the researchers confirmed that the domestic cats can recognize their own name more than the cats in café cats.

Finally, many cats owners wonder, does the cat understand what a name is?? well, only cats can give us the right answer to this question ^_^