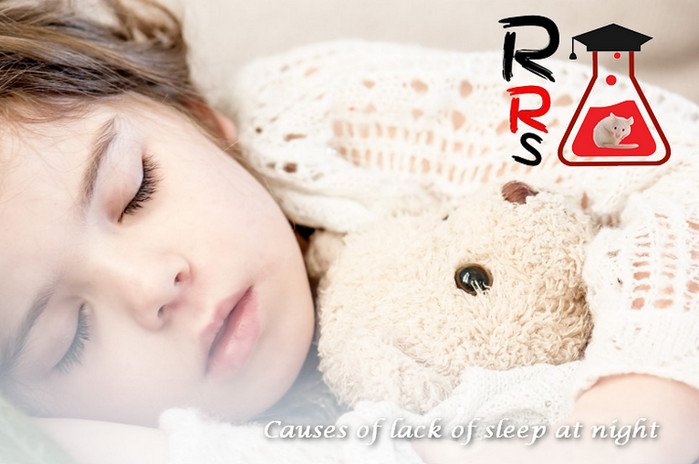 causes of lack of sleep at night , No doubt that a huge percent of people all over the world suffer from sleep disorders, and scientists tried seriously to find the real cause of these disorders without giving us convincing reasons, but in recent research studies, some researchers uncovered that sleep disorders return to genetic causes.

causes of lack of sleep at night

In a study published in the journal of Nature Communications, scientists have found that nearly 47 linkings between the genetic code in our bodies and the timing, the quantity, and the quality of our sleep, 10 of these links related to sleep duration and 26 of them related to the sleep quality.

This study was funded by the Medical Research Council and it depends on the data collected from (85670) participants of the United kingdom biobank and 5.819 cases from previous 3 studies.
each participant wore an accelerometer to record all activity level through one week, So researchers succeeded in getting detailed data of sleep more than the previous studies.

The study teamwork uncovered a gene called PDE11A, and they found that any variations in this gene directly affect how long you sleep and the quality and timing of sleep. It worth to mention that PDE11A gene is known previously to be a drug target for treating people with mood and social behaviors disorders.

For a surprise; the study also found that people who have the same higher waist and hip circumferences have less time of sleeping. For example, the person who has a waist circumference increase by 1 cm with a hip circumference nearly 100 cm; his sleep time decreases by 4 seconds.

The team of the study which involved scientists from Massachusetts hospital, Pennsylvania, France, Switzerland, and Netherlands have found also that the genetic areas related to sleep quantity and quality have a link with the production of serotonin hormone (this hormone responsible of some feelings such as feeling well and happiness), and it also plays a vital role in our sleep cycles and help us to get more restful and deep sleeping.

Dr. Andrew Wood (senior author of the study) said that all of us know that getting deep and enough sleep time is the key to improve our overall health, and yet we don’t have the complete information about the mechanisms that influence sleeping in our bodies, and there are some diseases which affect the quality and timing of sleeping such as obesity, diabetes, and psychiatric and social behaviors disorders.

Dr. Samuel Jones (the lead author of the study) also said that this study succeeded in identifying the genetic alterations that influence sleep quality, and these findings will present new imaginations of the genetic and molecular role in our sleep, so it would giving us one day the chance to develop new treatments to get healthy sleep.

by the way, the study teamwork also found that (The Restless Leg Syndrome) is related to poor sleeping and considered one of the causes of lack of sleep at night

2 thoughts on “causes of lack of sleep at night”