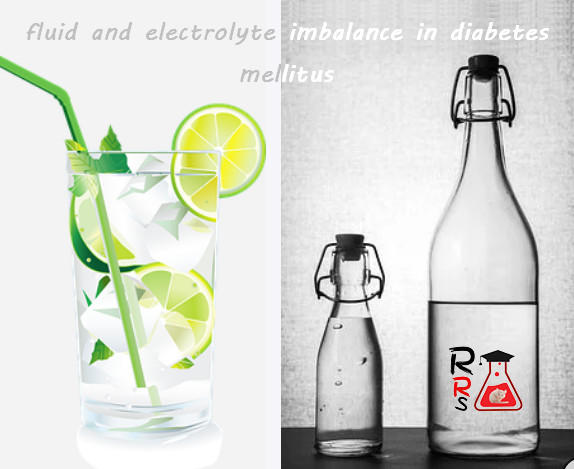 At first; it is worth to mention that health is the most important is the greatest blessing from Allah; So, we should know how to take care of our health to avoid getting any disease, and we also should know how to handle our body parts and components in a perfect manner such as electrolytes.

Naturally, our bodies consist of many types of molecules and compounds, among them the fluids and the electrolyte which play a very important role in maintaining our health.

There are many electrolytes inside our bodies and each of them plays a specific role in maintaining our body functions, but the main role of electrolytes is making a balance between fluids inside and outside the cell, while this balance is very important for many things such as pH level, nerves functions, muscles functions, and body hydration.

When there is natural water balance in our bodies; we find the electrolytes with different charges because some of them become positive ions and others become negative ions. When the body loses water and exhibits dehydration, we find an imbalance in the electrolytes. for instance, when someone has heavy exercise, a high percentage of potassium and sodium are lost with sweating, and for recovering the electrolytes balance case, we must consume high amounts of fluids and water.

The main electrolytes and their functions

There are 7 main electrolytes and each of them plays a vital role in our bodies, as follow:

sodium is the most important positive ion in the extracellular environment, when sodium reacts with chloride; they give a sodium chloride compound (NaCl) which known as the table salt.

Sodium has a function in regulating the total water amount inside the body. besides, the transmission of sodium to cells helps in performing some biological processes such as the central and peripheral nervous system, muscles through the generation of some electrical signals

When there is too increase or decrease in sodium levels away from normal values, it could result in very serious health disorders.

Potassium (Cation) is considered the most major positive ion inside our body’s cells, the main function of potassium ion is the regulation of heartbeat and circulatory system work and muscles work, its normal level help in maintaining normal cell functions, while, any disturbance in its level whether an increase or decrease than the normal value results in irregular heartbeats and a negative effect also on the nervous cells.

The calcium ion (Cation) is essential for maintaining bones health, and it also has a great role in muscle functions especially muscle contraction and the transmission of nerve impulses

Chloride is considered the major negatively charged ion (anion) which found outside cells and in our blood, the body sweat almost contains the same concentration of this anion in the body fluids, the role of chlorine ion is maintaining a normal balance between body fluids.

Phosphate is also one of the negatively charged electrolytes, and it has a very important role in controlling the blood acidity level (pH), it also helps greatly in the deposition of calcium on bones.

The negatively charged Bicarbonate ion help greatly in controlling normal acidity level (pH) in the blood and other body fluids, the concentration of bicarbonate in the blood and fluids reflects its acidity level, while the level of acidity is altered due to consuming some foods and medications, and it is also affected by lungs’ and kidneys’ functions.

You may also interested in this article: how to lose weight without dieting or exercising ?!

Where there are elevated levels of blood glucose in the blood; it results in an electrolyte imbalance, because in the case of hyperglycemia the body increases the rate of urinary output to lose this excessive glucose.

But this high urinary output rate forces the body to lose a high percentage of electrolytes and water, thus, upsets occur in the electrolytes balance in the body.

According to many clinical studies, there are some symptoms which appear when the patient suffers from an electrolytes imbalance especially in the case of hyperglycemia (high blood glucose level), as follows:

Ketoacidosis condition is occurring mainly because when the body tries to rid of glucose (in hyperglycemia); it loses its essential energy source (which is the glucose); so the cells try to compensate this by another energy source which is the body’s fats.

But; body fats are considered less efficient energy producer when compared with glucose; because fat metabolism process produces a byproduct which known as Ketones, and these ketones have the ability to make upset and disturbance in the acid/base relationship in the body, thus, this case of acid/base disorder can result in ketoacidosis condition which considered a very dangerous health case and maybe life-threatening especially in the severe cases.

Due to the high rate of urine output in hyperglycemia, or if you live in a hot climate country and sweating more, or if you doing exercise or any other hard action which lead to losing body water and electrolytes, then your electrolytes almost need to be replaced

But we don’t advise any person to take food supplements to reserve electrolytes balance before asking his physician, and instead of this, everyone should follow the best way to get electrolytes naturally by eating the foods that have a high percentage of electrolytes such as vegetables and fruits. Besides, everyone also needs to drink enough amount of water daily to be hydrated.

If you found that this article on fluid and electrolyte imbalance in diabetes mellitus was helpful, please, leave a comment or share it with your friends, colleagues, and family.

2 thoughts on “fluid and electrolyte imbalance in diabetes mellitus”