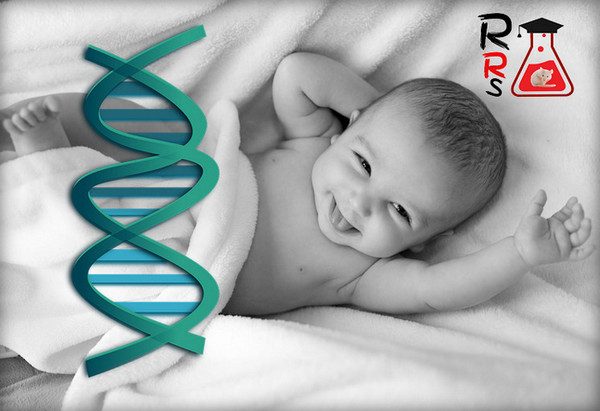 how does gene therapy work ? Of course, all of us have heard about the term of (gene therapy) but many people don’t know what this term refers to, So it is important to tell you that gene therapy is the future science which will make humanity strong enough to face all hard and serious diseases, and as mentioned in the recent research studies; gene therapy which is the axis of our talk today succeeded in treating infants diagnosed with rare immunodeficiency disease (X-SCID).

Gene therapy is an experimental and well-developing science which depends mainly on using genes to provide effective cures to many diseases, and within the few coming years; gene therapy will allow the scientists and doctors to insert genes inside human cells instead of using medical drugs or surgeries in treating patients.

X-SCID disease caused by a mutation in a gene called IL2RG, make the baby susceptible highly to infections, and it is fatal in the case of untreated.

the usual treatment of X-SCID is performed through the transplantation of blood-forming stem cells (from a genetically matched sibling).

But only 20 % or less of babies with this disease have this ideal donor, so if there is no matched sibling, they can receive the transplantation from one of the parents or another donor, and they often require lifelong treatment because they experience serious health complications such as the chronic infections.

how does gene therapy work for infants immunity

In clinical trials performed in the national institute of allergy and infectious diseases (NIH) and published in The New England Journal of Medicine in April 2019; it showed that the gene therapy technique succeeded in the correction of the immune system of some infants who diagnosed with this rare immunodeficiency disease (X-SCID).

The dangerous of this disease is being in its bad effect on the immune system which loses the ability to form the immune cells that fight any infections in the body.

the scientists (at NIAID and St. Jude Children’s Research Hospital) performed their experiments on these 8 infants by inserting a normal copy of (IL2RG) gene into the own (blood-forming stem cells) of each infant to restore the immune system functions.

how does gene therapy work

In the clinical trials that performed on those infants with X-SCID disease, the scientists did the following steps:

to make sure that the stem cells will establish themselves into the bone marrow and begin to produce new normal blood cells, the scientists gave the infants low doses of a chemotherapy medication before the transplantation of these stem cells.

what are the results of these clinical trials?

The results showed that after (3 To 4) months of this gene therapy the immune systems of 7 infants develop normal numbers of immune cells such as B-Cells, T-Cells, and natural killer cells, but the infant number 8 develop a low number of the T-Cells.

the results showed also that the number of the immune cells increased greatly after the second injection of the stem cells which genetically modified.

But, does there are any side effects of this gene therapy?

The scientists said that there are a low in the number of platelets in infants due to the chemotherapy medication, but, this gene therapy was overall safe.

2 thoughts on “how does gene therapy work for infants immunity”