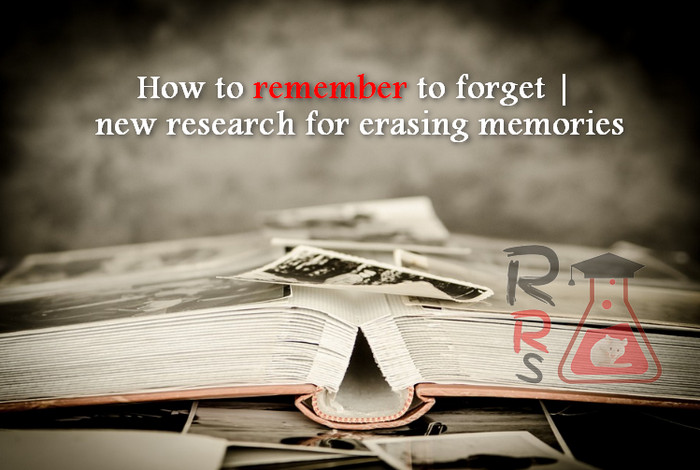 How to remember to forget | new research for erasing memories

How to remember to forget ? When it comes to our memory, all of us almost think about the methods of improving memory and making it work better. But it is different for people who suffer from traumatic memories and Post-traumatic stress disorder (PTSD), here the problem is not being in remembering but in forgetting.

In this context, a team of scientists succeeded in the processing of the unwanted memories, therefore, facilitate their forgetting in research performed at the University of Madrid and published on 20 March  2019 in the Journal of Science Advances.

Bryan Strange, one of the scientists has been performed his experiments which accurately uses timed doses of an anesthetic for weakening the memories, and this research depends on the hypothesis of “reconsolidation” which said that recalling the memories may activate it for a period of time before the storage of them again, and the research target this reactivation time.

Strange adds that making reactivation or restoration for memory; will result in making it vulnerable to manipulation again.

to know whether the anesthetics could affect the memory during the reconsolidation time; the study team performed an endoscopy procedure on (50) healthy persons.

A week before the endoscopy procedure, the scientists presented two stories to the participants. the first story was about a man involved in a car accident, and the second was about a woman who was taken as a hostage

after a week, the participants came back again to the hospital, and before their endoscopy, they were given the anesthetic which put them in a deeply sedated state

But just before the administration of the anesthetic, the scientists were shown the participants a slide of one of the two stories for making activation of their memory about this story

After performing the endoscopy, the participants underwent a memory test on the two stories which were presented to them a week before the endoscopy procedures.

yeah, the following paragraphs will illustrate in details amazing results of the research…….

The team tested one group of the participants immediately after their endoscopy, and they found that the memory reactivation didn’t have any effect on their memory and their memory work well on both reactivated and non reactivated stories.

The other group of participants was tested 24 hrs after their endoscopy, and the team found that the memory recall of this group was diminished significantly. Strange says this is because the anaesthetic takes a time to make an effect on the memory

As a conclusion of the research, strange says that these findings a good principle for developing new therapies for memory, but it is necessary to perform more researches and studies before using this approach on the real memories of each person life.

you can get more scientific news by visiting: Recent Research Studies