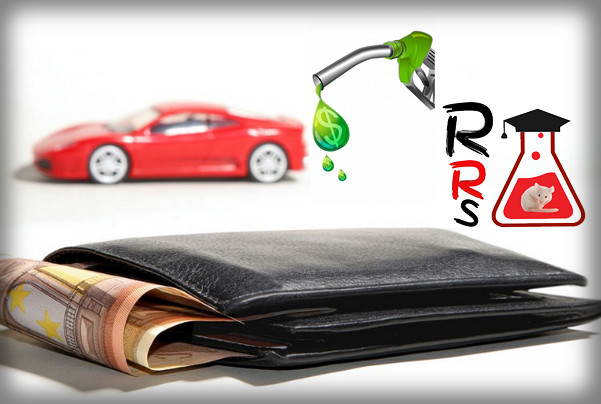 consuming fuel is an important issue which took much more thinking of scientists, and for a surprise, the tiny nanoparticles have a role in this issue because it presents a way to reduce fuel consumption which is considered a cutting-edge nanotechnology application.

According to the Energy Information Administration (EIA) reports, it is showed that Europe and the United States spend nearly 200 billion dollars every year on fuels, while the whole world spends over 3.5 trillion dollars on fuels. Because of Fuel is a very expensive item, everyone needs a way which will help for saving on it.

FuelGems Inc. succeeded in discovering a new way which depends on nanotechnology to reduce the cost of consuming fuel through investment up to 700%.

Besides saving money, this new product has many other benefits, For example, only a tiny amount (1 to 3) grams of the (FuelGems) nanoparticles when added to 1 fuel ton; has the ability to reduce fuel consumption nearly by (7: 10) %, and this product also can reduce the gas emissions.

In addition to the previous benefits, FuelGems nanoparticles have a lubricating property, so it plays a great role in increasing engine lifespan, fuel pump, and fuel injectors.

One of the pros of FuelGems product is that the usage of it is very easy, hence, the drivers can add it to fuel tank while filling it up, and for who use the large fleet operator, they can add the product to the fuel tanks of the centralized filling station.

Worth mentioning that in the united nations conference which took place in Paris, nearly 170 countries announced that they will end their dependence on fossil fuel, Beside that some Automaker companies such as Hyundai, GM, Toyota, … etc, have improved the engine technology and they are heading now to produce electric cars and the cars which depend on fuel cells

You can find the original article Here  & Source: FuelGems Inc