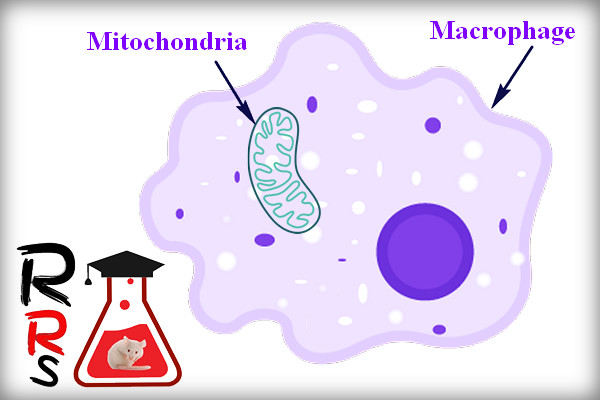 Biochemistry
14 April، 2019 admin 1 Comment mitochondria, mitochondria is the powerhouse of the cell, Role of Mitochondria

there is a type of bacteria called (methicillin-resistant Staphylococcus aureus) or (MRSA), and it is known that these bacteria may result in  life-threatening and dangerous infections, for this reason, some scientists in Michigan investigated how our immune cells (Macrophages) transfer their deadly compounds to kill and destroy the invading pathogens like MRSA. in a study published in the journal Cell Host & Microbe.

Usually, the immune cells have a well-known mechanism in destroying bacteria and pathogens that depends on the reactive oxygen species (ROS), but in case of the infection with methicillin-resistant Staphylococcus aureus or salmonella, Bacteria have the ability to find ways to avoid and resist this attack of ROS.

O’Riordan and her team, research investigator Basel Abuaita and Tracey Schultz decided to uncover how the immune system fights these cases of resistant bacteria, and they discovered an unexpected role of mitochondria in MRSA killing mechanism.

the study teamwork illustrated that the ROS is an end product of the producing energy process by mitochondria, and when there is high stress on the immune cells (Called macrophages) as in the case of MRSA bacteria infection, there is an organelle inside the cell called (endoplasmic reticulum) begin in sending chemical signals to notify the mitochondria to produce more ROS

But there is another important question, what is the mechanism by which the mitochondria deliver ROS to phagosome??

the study hypothesized that there are tiny vesicles by which the mitochondria deliver the ROS to the phagosome.

and to confirm this hypothesis, Abuaita performed an experiment by infecting a cell with MRSA bacteria and he noticed it under the microscope by inserting a dye which glows in the presence of ROS, as a result,  mitochondria inside this infected cell started to glow as did inside the macrophage when MRSA bacteria touched its membrane.

when the macrophage ate MRSA bacteria, he saw a hot spot which glows when the ROS was deployed and delivered to the phagosome. which confirmed that there is a specific and different mechanism in destroying MRSA bacteria by the Macrophages.

As a conclusion of this study, it is cleared that the immune system has more than one mechanism in facing the different pathogens and microorganisms which invade our bodies.

One thought on “Role of Mitochondria in killing Bacteria”