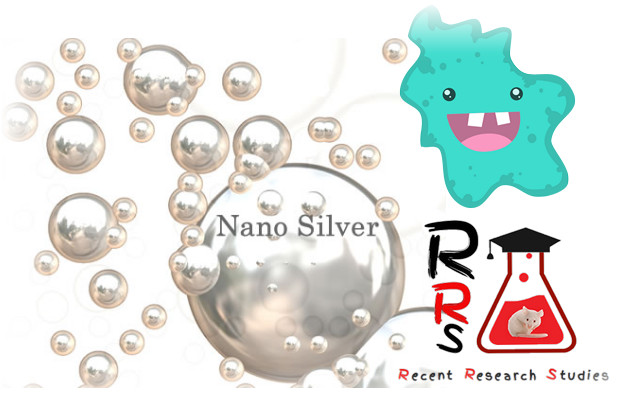 In a study published in journal  ACS Chemical Neuroscience.; it confirmed the role of silver nanoparticles antimicrobial properties in getting rid of the very dangerous brain-eating amoeba (Naegleria fowleri).

What is brain-eating amoeba?

It is a single cell microorganism which discovered for the first time in Australia and developed in united states, its scientific name is (Naegleria fowleri), the size of N. fowleri in the range between (8: 15 Mm), There are many subtypes of fowleri and all of them are very dangerous.

Where we can found brain-eating amoeba?

This tiny microorganism likes warm water and can Bear hot water till (116 F), and it mostly found in:

Note 1: N. fowleri can not live in salt water.

How does brain-eating amoeba infect people?

in general N. fowleri eat bacteria, but inside the body it considers the human brain is its food source, the pathway of the infection begin from the nose, mostly from skiing, diving, and water sports, and this infection may also occur due to exposing to hot springs, or using neti pots (with untreated water) in cleaning the nostrils.

Note 2: the N. fowleri infection cannot spread from infected person to other ones.

How does brain-eating amoeba Get in the brain?

Some previous studies suggest that the chemicals (which the nervous system use in communication with one another) inside the nerve attract N. fowleri, so when the amoeba inter the body through the nose it travels to the brain frontal lobe through the olfactory nerve, and this amoeba produces two enzymes (proteases) which dissolve the proteins in brain tissue.

Note 3: the olfactory nerve is the nerve which responsible for the sense of smell.

The infection with brain-eating amoeba causes a disease called (primary amoebic meningoencephalitis) but its frequently rate is very low at the ratio of (0: 8) per year.

Other studies also showed that some people have antibodies to brain-eating amoeba; which mean that these people previously infected with N. fowleri but their immune system succeeded in fighting it.

What Are the symptoms of  N. fowleri infection?

It takes from 2: 15 days for the infection symptoms to appear in the patient, the average time of death is nearly 5.3 days, the most common symptoms of  N. fowleri include:

How to discover N. fowleri infection?

there is no medical analysis test to discover N. fowleri; so it takes more than one week to identify this infection, but the scientists work hard to discover a rapid test by which this infection can be identified early in any patient.

What is the treatment of N. fowleri infection?

How Can You Protect Yourself Against Brain-Eating Amoeba infection?

Everyone must protect himself against N. fowleri infection, by avoiding underwater swimming, water skiing, diving especially in warm water, and there is a good idea to solve this problem by wearing a nose clip during swimming or diving or exposure to any warm water.

The scientists also used 3 Anti-seizure drugs which are: phenobarbitone, phenytoin, and diazepam, (we should note that these drugs were approved in the united states with FDA to be effective in killing N. fowleri), but they thought that the attachment of these drugs with silver nanoparticles beside the silver nanoparticles antimicrobial effect; will increase its effectiveness in killing these amoebae, .

When the study’s teamwork (Ayaz Anwar and his colleagues) attached the drugs to nanosilver particles chemically; they found that each of the 3 drugs succeeded in killing brain-eating amoebae, but when attached to silver nanoparticles, there is a great better effect, includes:

The researchers referred this results to the role of drugs/ silver nanocomposites in binding to some receptors on the brain-eating amoebae membrane which result in killing this single-celled fatal microbe.

The findings of this study confirmed the better effect of using nanotechnology in medicine and Bio-Nano-Science to develop more effective and new drugs, especially for lethal and dangerous diseases.