There are many turmeric cancer success stories which illustrate how some patients have used turmeric as an anti-cancer agent to be treated from many cancer types, and the following lines will discuss the most successful cancer treatment stories that depend mainly on this natural product.

Some of the successful and true stories about the role of Turmeric (Curcumin) in fighting cancer disease:

In an interview with a man called Bhadresh he told his story about curing cancer disease with Curcumin as follows:

Bhadresh said: “one of my friends who diagnosed with breast cancer told me that she succeeded in overcoming the disease by using 4 gram of curcumin per day, at First I couldn’t believe her, but after that, I did an in-depth research in all recent research studies that discuss the role of curcumin in treating cancer and chronic diseases; and I found great and amazing results of this studies”

He continued saying that: “I advised all patient which I know to start using curcumin regularly for ridding cancer. Some of them didn’t believe but others used curcumin regularly, and now they can handle cancer and chemotherapy in a good manner”

Bhadresh added that: “Although we can not ask the patients to stop taking the medical cancer drugs and take curcumin alone until the WHO approve this; but from my research, I advise all cancer patients to take 4 gram of curcumin per day regularly during and post-treatment”

Read also: How to use Turmeric for Cancer treatment

A woman called Dieneke Ferguson diagnosed in 2007 with blood cancer (myeloma), recently has beaten the disease by using turmeric.

After diagnosis and through nearly 15 months, myeloma had progressed and reached stage three, and this means that the disease had begun to spread inside Dieneke Ferguson body.

Although the woman had undergone a large number of chemotherapy rounds and a stem cell transplant, she had still suffered from the disease without getting any positive results.

But, in 2011 she had new hope; because she began to take doses of curcumin (the main component of turmeric) daily, and her dose was 8 grams of curcumin on empty stomach every night.

After a few months, she began a course of hyperbaric oxygen therapy every week, which means that she had exposed to breath pure oxygen inside an enclosed chamber that is higher than the atmospheric pressures.

Doctors reported that over the last 5 years Dieneke cancer was noticed to be stable, and her blood components counts are in the normal values.

Scientists attributed the effect of curcumin in curing cancer to its antioxidant, antiseptic, anti-inflammatory, and analgesic properties.

Doctors believe that Dieneke’s case is considered the first recorded case of a patient that recovered from cancer by using Turmeric after the lack of therapeutic response of the conventional cancer treatments.

However, they said that more research is needed about these results; to confirm that curcumin could be a new vital and safe treatment pathway for cancer in the soon future.

Among the most important turmeric cancer success stories; there is a new study performed at Washington State University in 2019 that uncovered the role of curcumin (Turmeric) in a drug delivery system which succeeded in inhibiting the bone cancer cells and enhancing the growth of normal and healthy bone cells.

Susmita Bose (one of the study researchers) said that the Natural biomolecules which extracted from this type of spices are one of the most safer alternatives to medical synthetic drugs. However, the curcumin compound can’t be absorbed inside the body well when taken orally; because it will be metabolized and completely eliminated from the body.

So, in the current study, researchers prepared a drug delivery system made of calcium phosphate loaded with Curcumin, and this system had the ability to release the Curcumin inside the body gradually.

The results of these experiments illustrated that curcumin inhibited the growth of bone cancer cells (osteosarcoma cells) by 96 % after 11 days, researchers also found that this drug system help in growing bone cells in a good manner.

So, we can say from Recent Research Studies Site that using (Tumeric) or more precisely (Curcumin) is getting us very close to a future where cancer becomes an easily curable disease 🙂

Yasmeen, (Bachelor degree + diploma in biochemistry) + (Master degree from the national institute of laser enhanced science in photobiology and cancer treatment)
Previous foods to eat during pregnancy
Next Potatoes for weight loss

how to look younger man 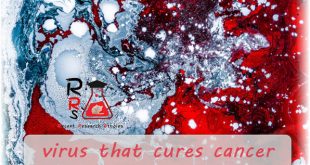