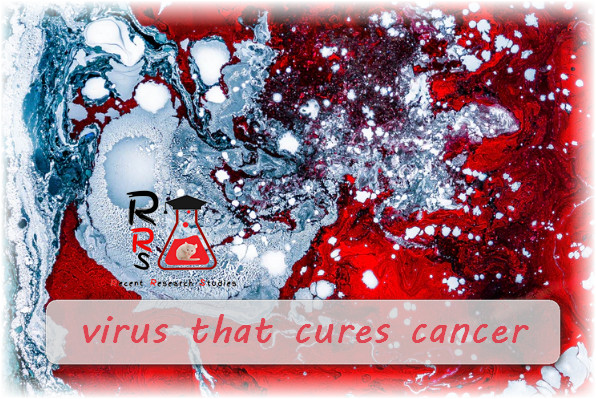 Our hope always is to find new and more effective cancer cures; because the traditional treatments are very costly and don’t leave the required effect; plus they may cause some undesirable side effects.

Among the tries to find effective cancer treatments, there is an Australian company called Imugene (a biotechnology company working in cancer immunotherapy) that has developed a virus and said that this virus has the ability to kill all cancer cells types.

You must not be surprised about using a virus in a treatment process; because this treatment technique has been used successfully in treating many diseases for many years.

For instance, the using of cowpox that comes from cows as a vaccine for human smallpox disease, and there is also a viral form modified from the herpes virus and used till now in treating some skin cancer types.

Scientific engineers now at the Imugene company developed and used a form of cowpox virus (Called CF33) as the main base for treating cancer.

Through performing early experiments and trials on experimental animals, the results have shown a noticeable reduction in cancer cells, therefore; Imugene company aim to use this virus in human trials

Imugene company also reported that it will specifically target to produce a new effective cure to the patients who diagnosed with breast cancer, lung cancer, bladder cancer, digestive system cancer, and, melanoma.

One of US cancer experts who called Professor Yuman Fong said his opinion about the results of using a viral form in treating cancer that there is some evidence about using viruses in killing cancer cells since the 1900s when cancer eliminated from the people who vaccinated against rabies disease.

Fong added that his concerns were about the toxicity of virus toward the human because; the virus is toxic enough to kill cancer cells, but it also may be toxic and killer to man also.

But anyway; Fong thinks that this newly developed virus form will be good and safe for human consumption, and it also will be the best and most effective treating pathway for attacking malignant cancerous tumors.

During human clinical trials, the patients will be directly injected with the virus into the tumor, where the virus will replicate and multiply itself inside the tumor until this tumor be burst; and thus killing all cancerous cells effectively.

Although this viral treatment is amazing and incredibly exciting; but there is a required wide range of research, experiments, besides animal and human clinical trials before providing this modified virus for treating cancer at hospitals.

Another cancer professor Sanchia Aranda (the chief of cancer council) said that when the virus will be injected into the human tumor; they will know whether the immunity system will make a body defense by forming antibodies to rid of this virus before killing cancerous cells or not.

Professor Sanchia also added that the cancerous cells are cunning, and have the ability to mutate in another form to be resistant toward this modified virus. As the malignant tumor cells doing now to become more resistant to other cancer treatments such as immunotherapy and chemotherapy.

There is a wide range of deep research and many recent research studies that depend on different parameters such as tiny nanoparticles, modified viruses, natural products, and, others; in order to reach an effective and safe cancer cure within the coming few years.

This article might interest you as well: Miracle nanoparticles to lose weight without dieting or exercising